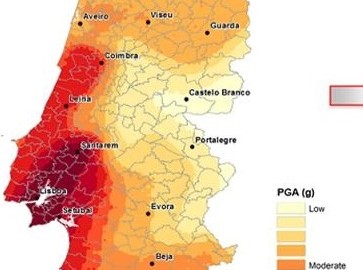 Do you really know what you are buying ?

In most things probably but when it comes to buying a house in Portugal are you sure?

It was something which was brought home to us recently during a demolition project. We were taking off a recently built two story extension that had been built onto an old stone house which we are remodeling and renovating.

Obviously the house is an old house and you would expect that things would need to be renovated and made good.

What you would not expect and would probably not be happy about is that the extension was not tied into (secured too) the old house.
When we started the demolition it just fell down like a pack of cards. Not only that the single thickness brick wall that made the structure of the extension had no cement between the vertical faces of the bricks! Just along the bottom and top.

This could not be seen because the walls were covered in poor quality render. This is one of the worst self build projects that we have come across and you can understand why Portugal has moved towards building regulations and controls.

If you had not known the extension to the house was badly built and just did what a lot of people do decorate and refurbish.

The fact that this two story extension dropped to the ground so easily and quickly was worrying because if the house was just being “refurbished” it could have fallen down due to high wind or ground tremor. take a look at seismic activity in Portugal.

If you are not qualified or experienced enough to know if a property you are looking at to buy is sound call in Castelo Construction.

It would be a shame to end your retirement under a pile of freshly painted rubble.